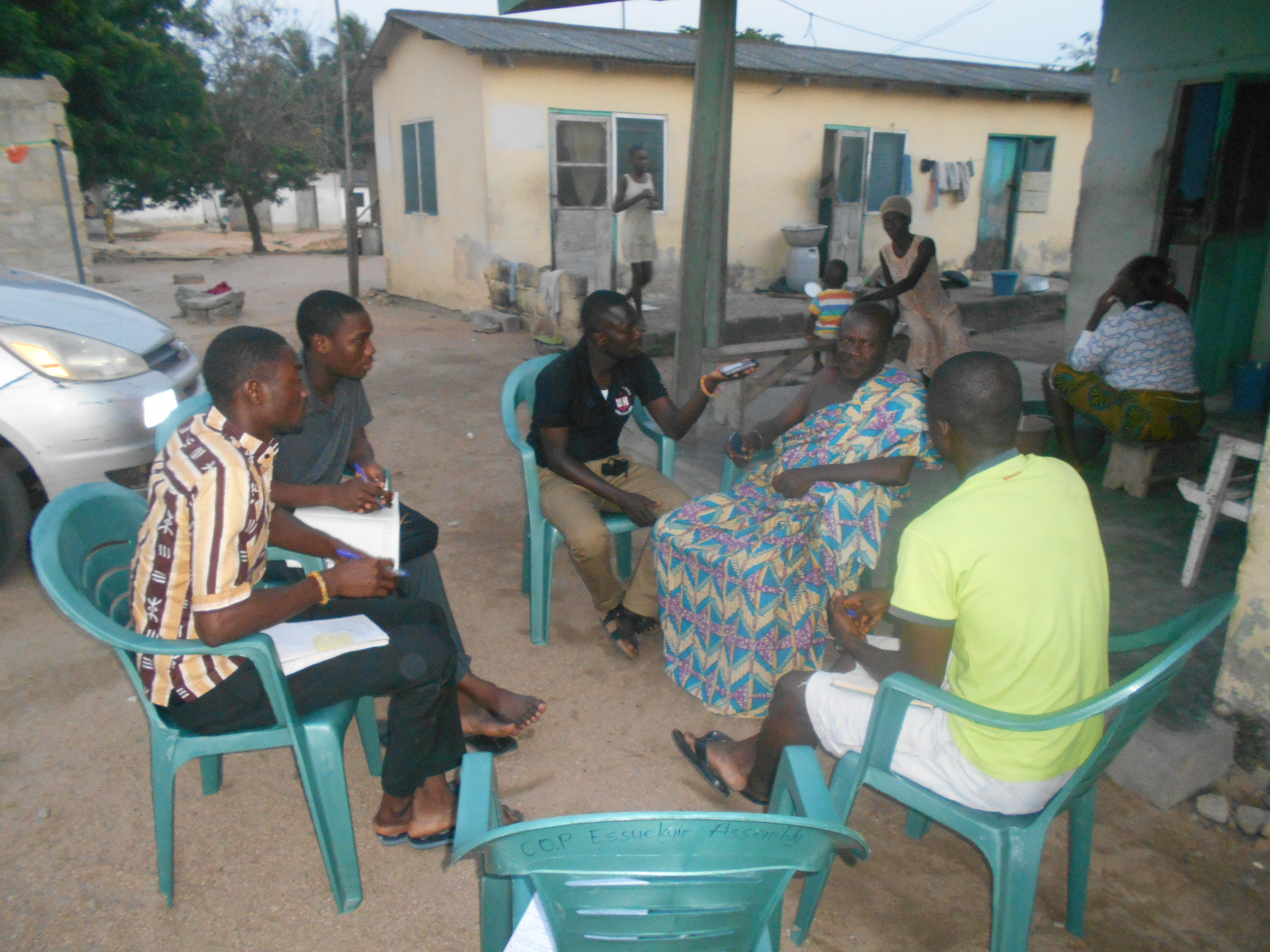 The Community History Writing Project (CHWP) is designed and aimed at engaging students of history, specifically from the Department of History Education of the University of Education, Winneba, in writing the History of communities in Ghana. This involves a weeklong trip to a chosen community where students are grouped into teams, assigned to collect the oral histories of the community through in-depth face-to-face interviews with community leaders, members and stakeholders. These respondents are interviewed based on their knowledge of the community’s history and events that have occurred in the past. This is used to augment other written sources of history of the community, to write a well-researched history of the community.

A pilot project was conducted using ten students from the Department of History Education. Before going to the field, students were trained at a workshop organized by the Department on how to go about collecting the data and conducting the interviews. In August 2016, the students were taken to Essuekyir, Winneba, as the first community whose history should be written. Essuekyir is strategic in starting the project because it is regarded as parent-town of the Effutu people, and so relevant in writing the history of the whole Winneba people. The town is bounded by Gyahaadze to the North, Woaraba to the South, the confluence of Oyibi and Ayensu rivers, and the Winneba township to the West. It has a population of about 1,500 (2012 electoral voter’s register); however, most natives do not stay in the town because they work elsewhere during working days, thus making the town a quiet and serene place.

The students spent five days in Essuekyir, arriving on Monday, 22nd August and departing on Frinday, 26th August. During the exercise, students met community leaders and informed them of the need to write the History of the community. This was received with a warm reception and upon understanding the rationale for conducting this exercise students scheduled meetings with community leaders and natives for interviews.

Two teams of five members were created amongst the students, comprising a leader, the interviewers, the secretary, and a photographer. Questions were asked based on the thematic areas students had developed. These included the origin and migration of the people, the meaning and origin of the town’s name, Essuekyir, the social structure; festivals, funerals, naming and marriage ceremonies; their language, culture and beliefs were also probed into. Questions on chieftaincy, conflicts and diplomacy were also asked. Other themes included their economic activities, religion, introduction of formal education and its impacts as well as the status of women in the community.

Students also moved in groups in and around the community, observing important landmarks.

After each day’s work, each team met to write-up what they had recorded. The major work of the Community History Writers is currently on going; this includes transcribing the recorded interviews and writing the history of Essuekyir.

Collecting the oral history of the people of Essuekyir was a success. However, there are some challenges that need to be addressed during subsequent projects. These include appropriate accommodation for students including writing space and furniture to help do write-ups after each days interview sessions. Also, we hope that better arrangements be made so that interview sessions would not be interrupted by caterers.

The students still have links with these community members and will call on them to clarify any questions they may have whiles they write the history of the community. In all, the exercise was a success and we look forward to writing a compelling and well-researched history.