Ajumako SRC Donates to the College

The 2018/2019 Students’ Representative Council of the College of Languages Education, Ajumako Campus of the University of Education Winneba (UEW) has donated radio equipment to the College. This donation is in support of the College’s quest to establish a Campus Radio Station at the Ajumako Campus.

This is also part of Management’s efforts to connect all four UEW campuses via their stations in order to boost teaching and learning. 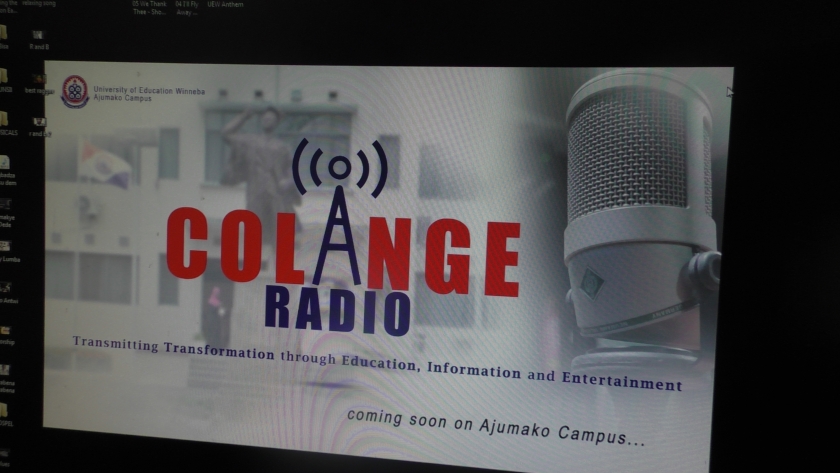 Presenting the equipment, the outgone SRC President, Mr. Etsey Katamani explained that his administration had from the onset of his leadership promised to support the establishment of a campus radio to aid teaching and learning. He added that, it was their expectation that Management would provide the needed infrastructure to get the Campus Radio Station operational.

Receiving the items on behalf of the College, the Principal, Professor Ephraim Avea Nsoh described the gesture as remarkable and said the donation was a testimony of the good leadership during their tenure of office. Professor Avea Nsoh commended the SRC executives for their collaboration with Management to fulfill the promise to support the establishment of the station. 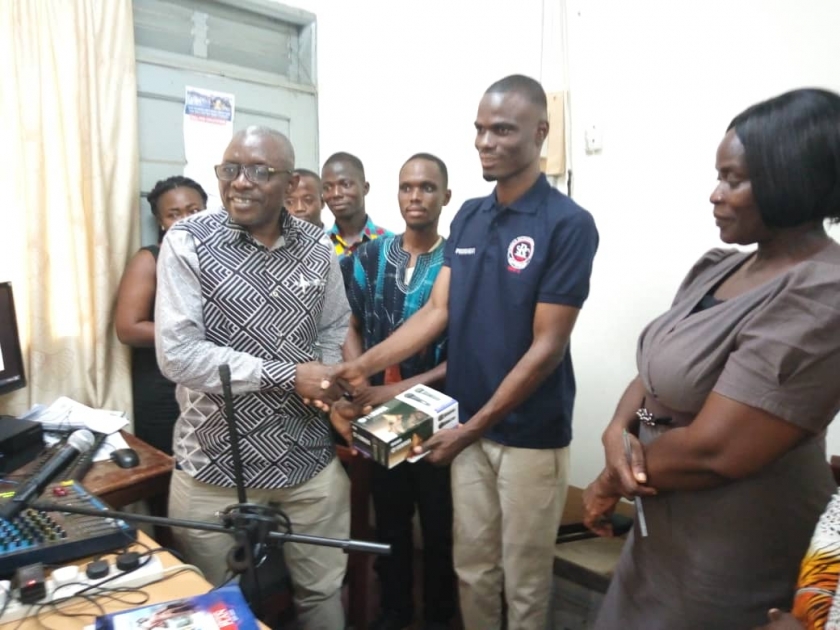 Principal, Professor Ephraim Avea Nsoh, receiving the items on behalf of the College. Looking on  (right) is the College Registrar, Mrs. Wilhelmina Tete-Mensah

He assured the students that Management was going to satisfy its part of the deal by providing the necessary infrastructure to get the radio station running. He called for more of such support from other students leaders as he described them as partners in the development of the University. He also announced that the College welcomes any such support as it prepared to complete the Faculty Block Building.

The College Registrar, Mrs. Wilhelmina Tete-Mensah in a brief comment thanked the SRC executives for the donation. She explained that a Campus Radio for the College of Languages Education would aid teaching and learning and the dissemination of information on Campus.

The Vice-Dean of Students Affairs, Mr. Kwasi Adomako, also expressed joy at the gesture. He added that such an achievement by the SRC needed to be commended as well as celebrated. He pledged his continuous support towards students’ welfare at the College. 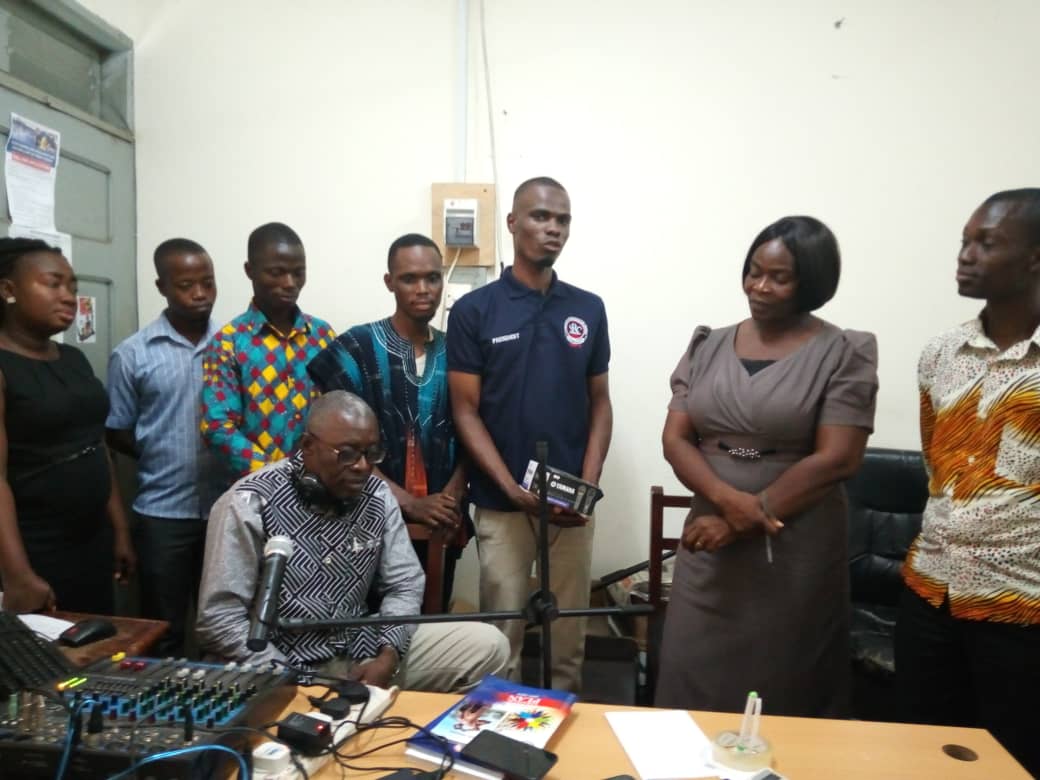 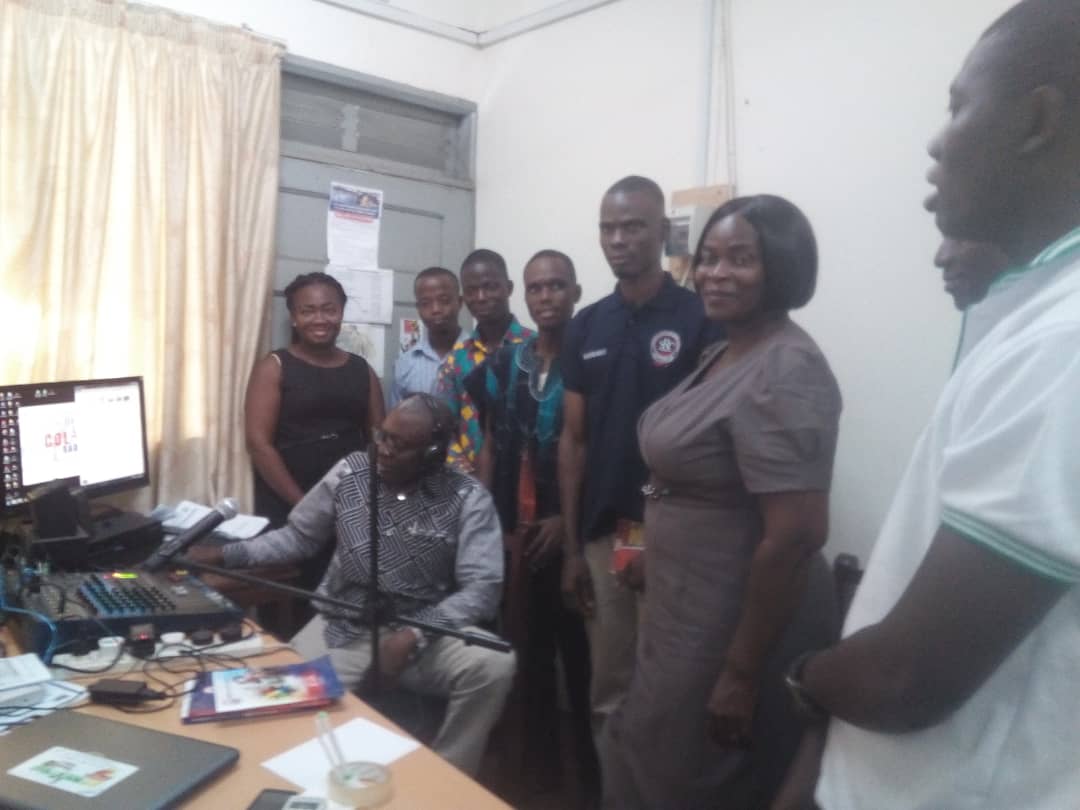