A day's training on Fire Safety has been held for all security personnel of the College of Agriculture Education, Mampong Campus of the University of Education, Winneba on Wednesday, 1st November, 2017 at the Chapel Extension Conference

In his opening address, the Assistant Registrar in charge of Human Resource, Mr. Stephen Kwame Armah said that it was important to organise the training to educate security personnel about the prevention and fighting of fires to forstall future challenges of combating fire out breaks which were especially prone during the dry season.

The participants were taken through classroom teaching and practical training on how to prevent, detect and put off fires with extinguishers and other fire fighting tools.

The workshop was facilitated by the Municipal Commander of the Ghana National Fire Service, Mampong-Ashanti, Assistant Divisional Officer (ADO) Mr. Selasie Avevor. He advised the Management of the College to procure fire extinguishers to augment those in stock to facilitate fire fighting on campus and also, management was advised to provide fire belt around the College farms to prevent outbreak of fire.

ADO Mr. Amevor again advised the security personnel to be vigilant in the performance of their duties to watch out for possible fire out breaks in their beats especially, when there is thunder strike. 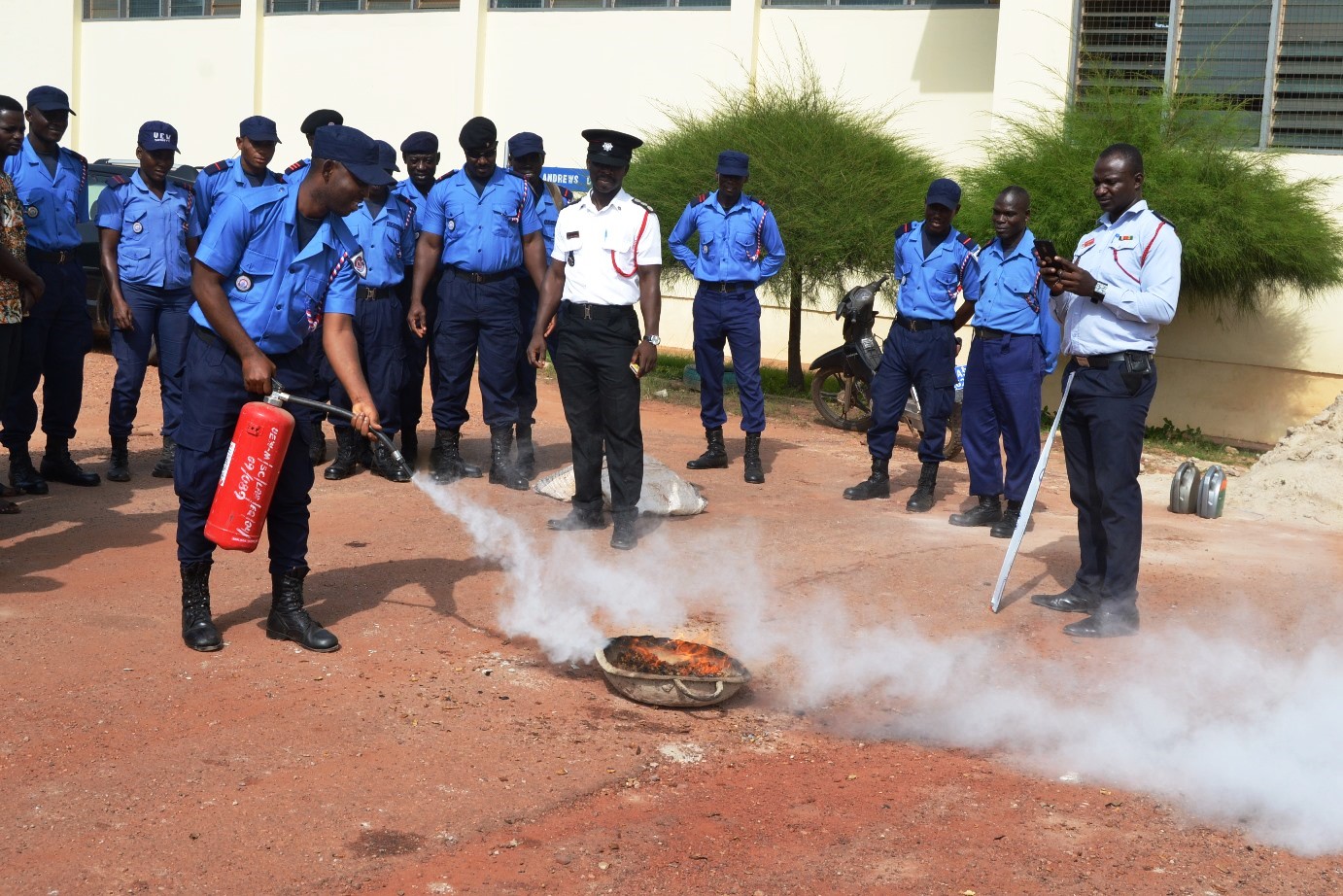 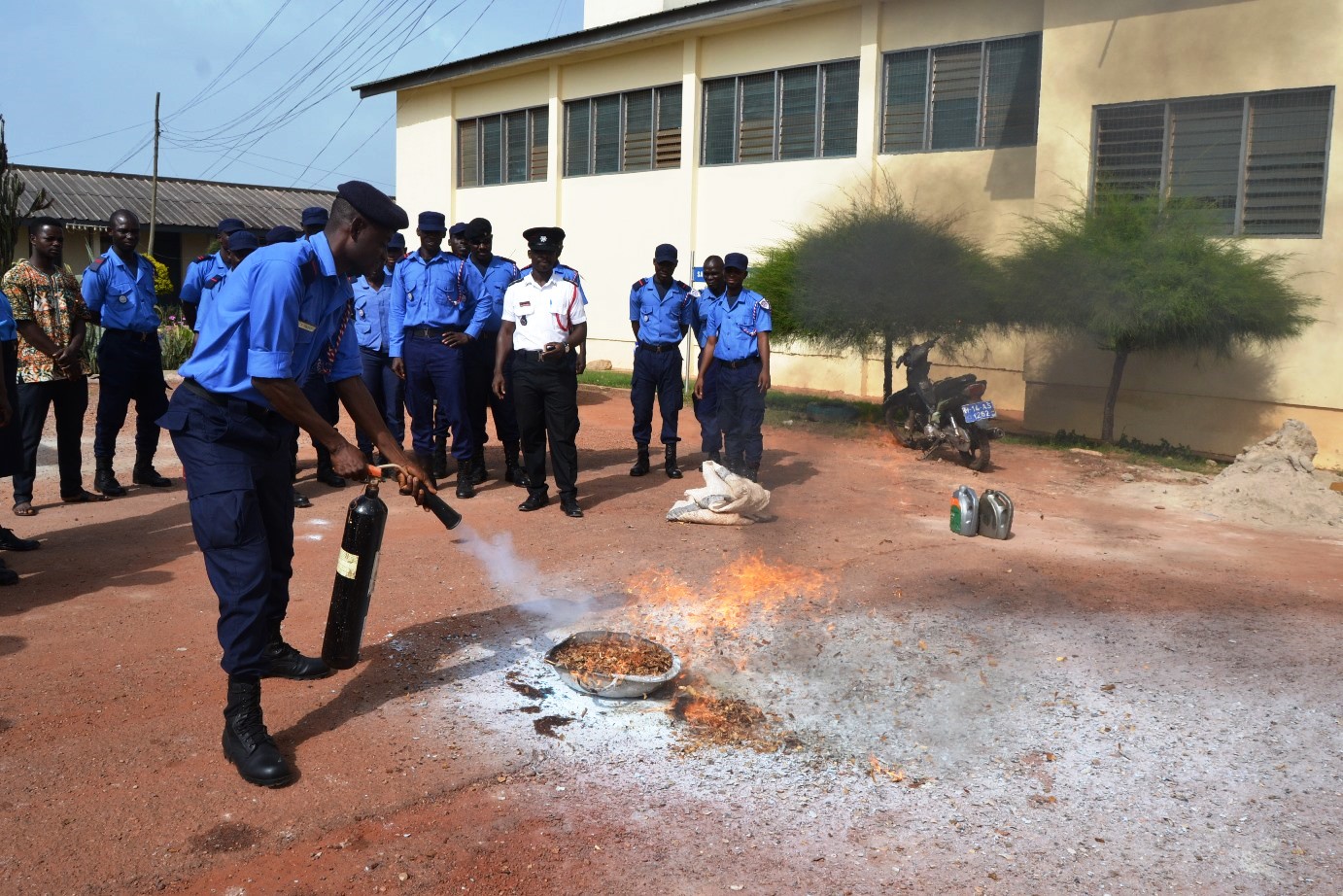 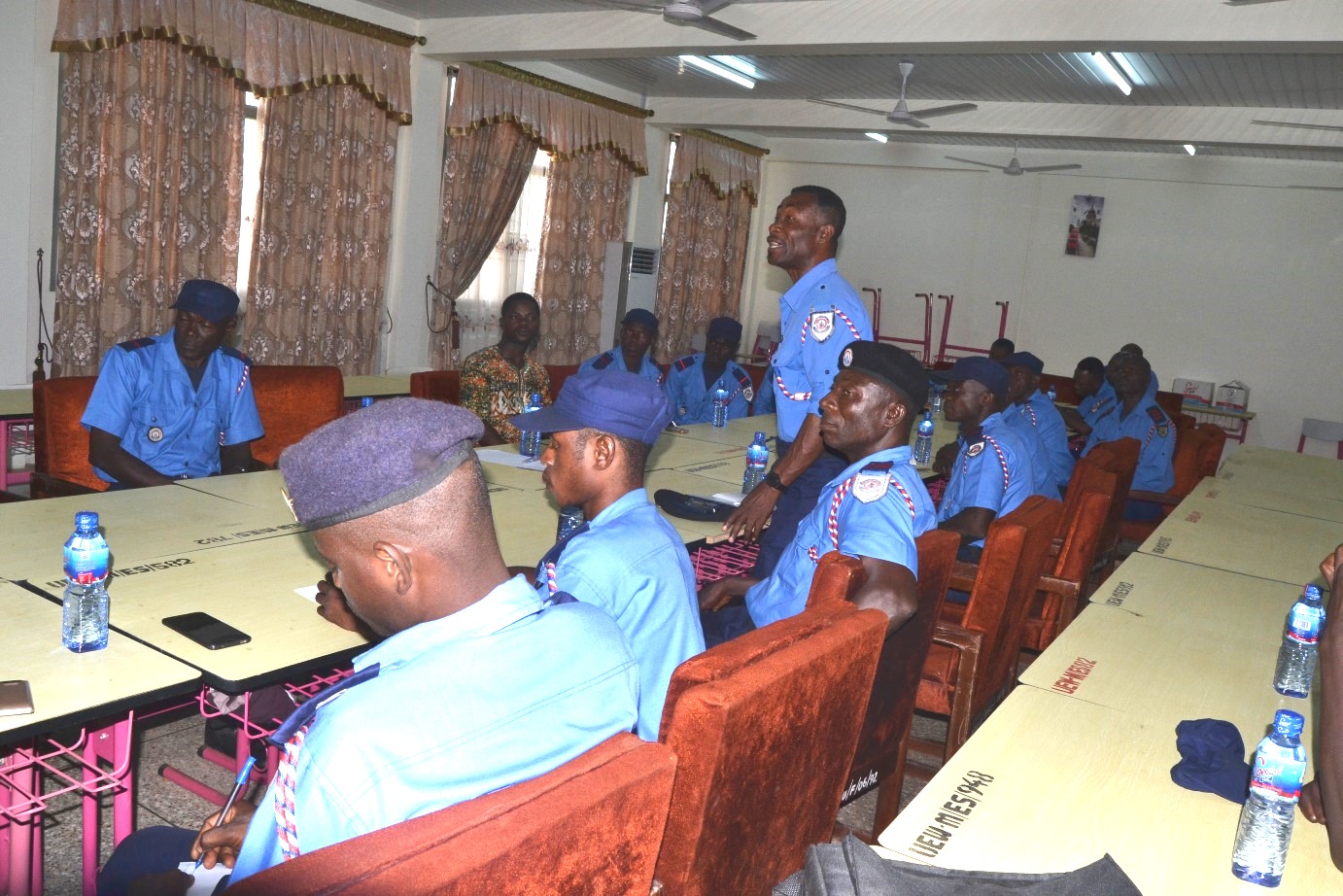 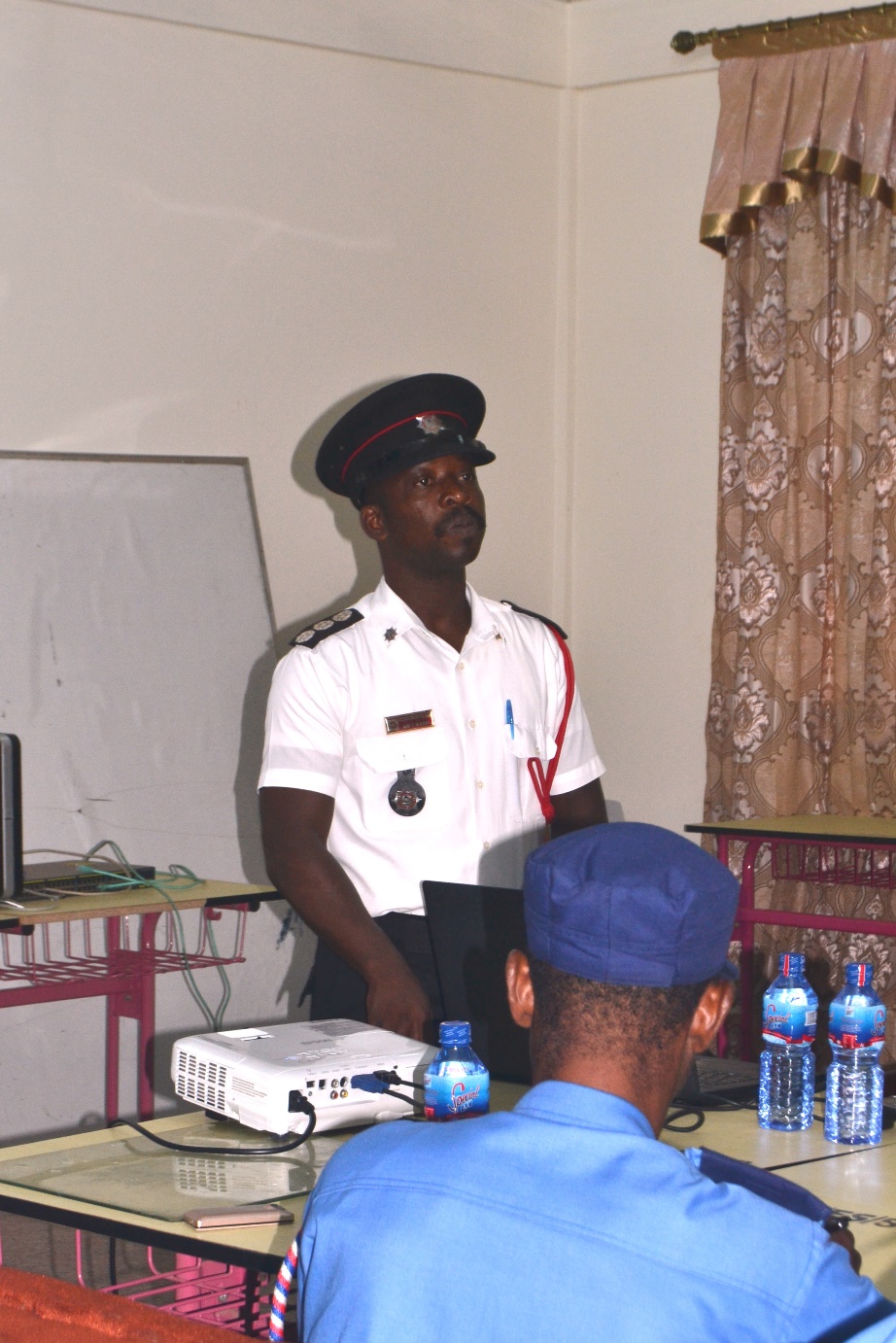