The Custodians of Simpa Hall have swept nine trophies out of a possible 12 at the just-ended annual inter-hall games held at the North Campus Sports Complex, University of Education, Winneba (UEW).

In accordance with custom, the Sports Chairman for Simpa Hall, Mr. Ibrahim Iddrisu, on Wednesday, 6th April, 2022, presented the trophies to the Management of the Hall.

The Hall Manageress, Mrs. Irene-Michelle Ofosu-Behome, congratulated the team for their hard work, commitment, dedication, perseverance, and quest to win more than half of the trophies at stake.

She expressed excitement for the excellent performances exhibited by the athletes at the games and lifting high the name of the Hall. She further encouraged the athletes to also attach the same level of seriousness to their academic work to make them more rounded and prepare them adequately to excel in life. 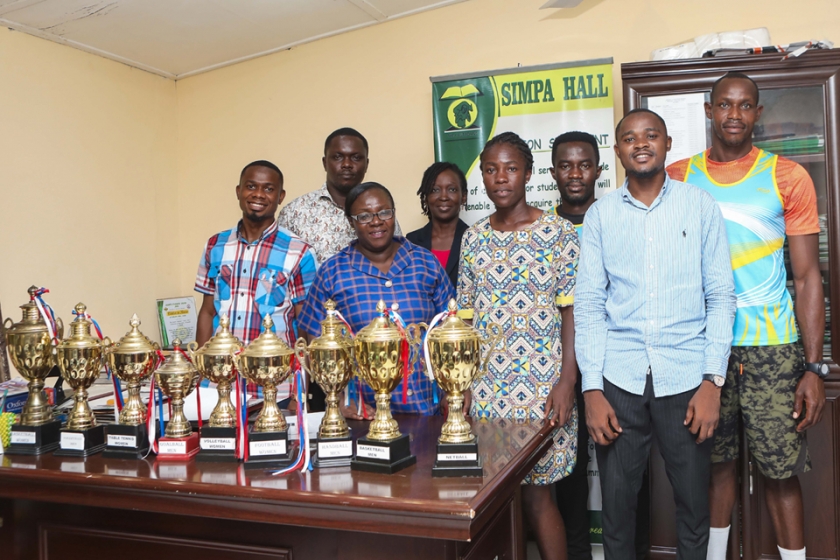 The Hall President, Mr. Samuel Osei, on his part, attributed the success attained at the games to the motivation the team received from the Management of the Hall at the beginning of the semester when it was presented with sporting equipment worth several thousands of Ghana cedis to help prepare them for this feat.

The annual games are the high point of the University's sporting activities, providing an opportunity to choose competent athletes to represent the University at the Ghana University Sports Association (GUSA) games. 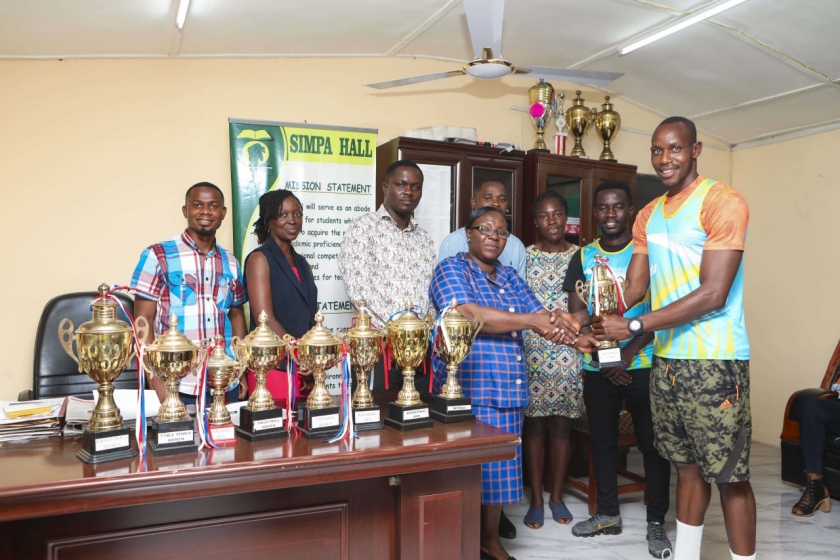