The substantive executives of the University of Education, Winneba (UEW) Chapter of Senior Staff Association – Universities of Ghana (SSA-UoG), have been sworn into office at the North Campus Mini-Conference Room, Winneba. 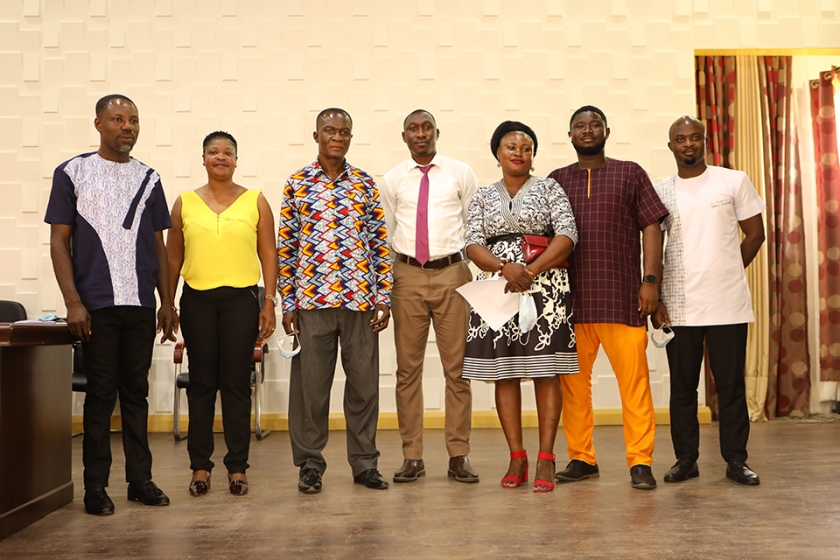 Mr. Isaac Donkoh and colleague executives during the swearing-in ceremony at the North Campus Mini-Conference Room

Mr. Essah, who also chaired the occasion on behalf of the Registrar, Surv. Paul Osei-Barima Esq., in his remarks, alluded that “in every society, there are people who make up that society and for harmony and sanity, there is the need for the people to choose leaders. So, wherever you are, even in our families, there are family heads who are supposed to lead or direct the family. In much the same way, the Association that you belong needs people to lead hence your being voted into office as their leaders”.

He beseeched the executives to be accountable to their members at all times to vindicate the confidence members have reposed in them to steer the affairs of the Association. 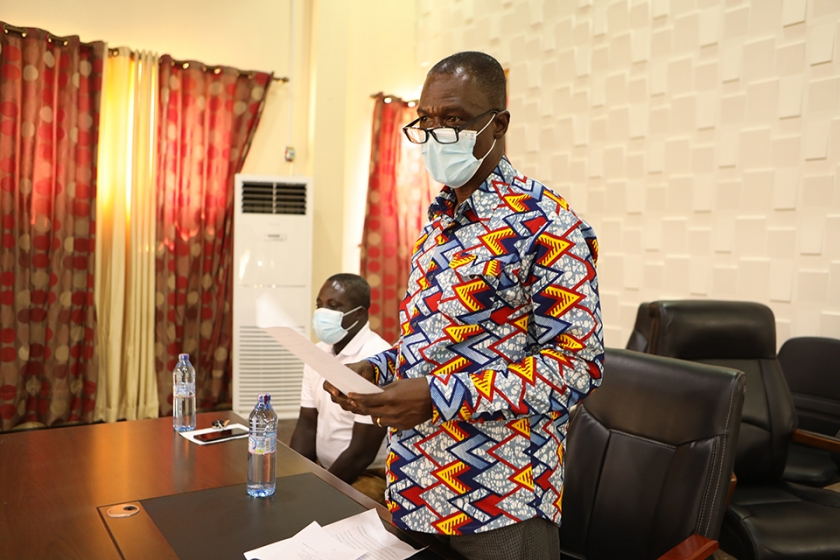 Deputy Registrar, Division of Operations,  Mr. Alexander Essah giving some words of caution to the leaders of SSA-UoG, UEW Chapter

“You need to position yourselves well to understand the fact that you’re not there to amass wealth. You are not there to do your own business. You are there because people have voted for you. Now, if people have voted for you, they voted you for a purpose. They voted you for transformation, for a change and for progress such that this Association will rise.

“It should be at your time that people can say that we started in a small way but now we have reached far because of the Mr. Isaac Donkoh-led leadership. This is what you should aim at,” he said. 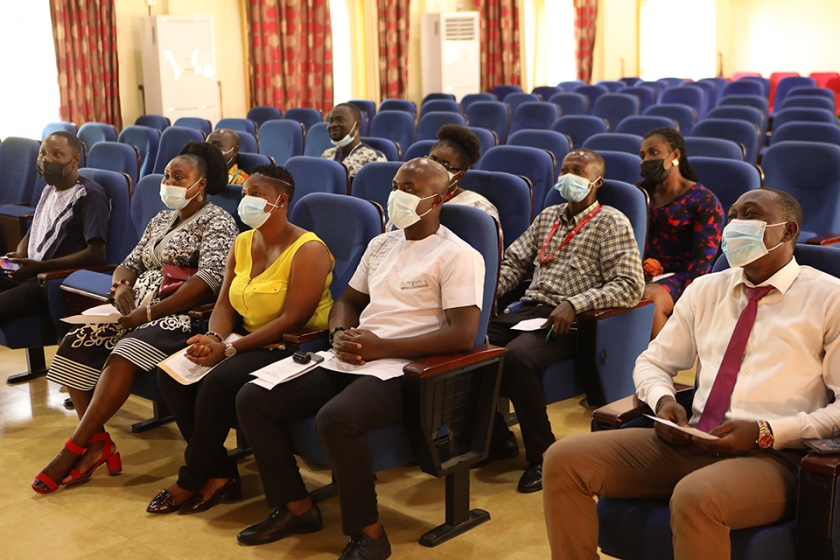 Some members of  the Association

Mr. Essah called for unity amongst the executives to achieve their common goal for the Association. “You’ll have very good intentions but somebody will also misinterpret it. You want to go to the left, somebody will say no, go to the right. Others will say go backwards. What do you do as leaders? You need to sit down and think about the possible things that are laid before you then you take your own decision because you are to lead the group not to lead individuals. So, what is good for the entire group is what you should aim at doing.”

He added, “people will come with their own influences, with their own parochial interest but that is not what you should look at. You need to unite and come together as one. If there is an impasse amongst you, try to resolve it internally. Don’t let it go out. Washing your dirty linen in public will collapse your Association”.

The Deputy Registrar of Operations urged the SSA-UoG executives to be very democratic when taking decisions for members of the Association. “Don’t go and impose your ideas on them. At meetings, throw the issues to them. You should be the last person to talk. Get their views. What’s the decision of the majority? Is it in the interest of the group? Then you can execute it.” 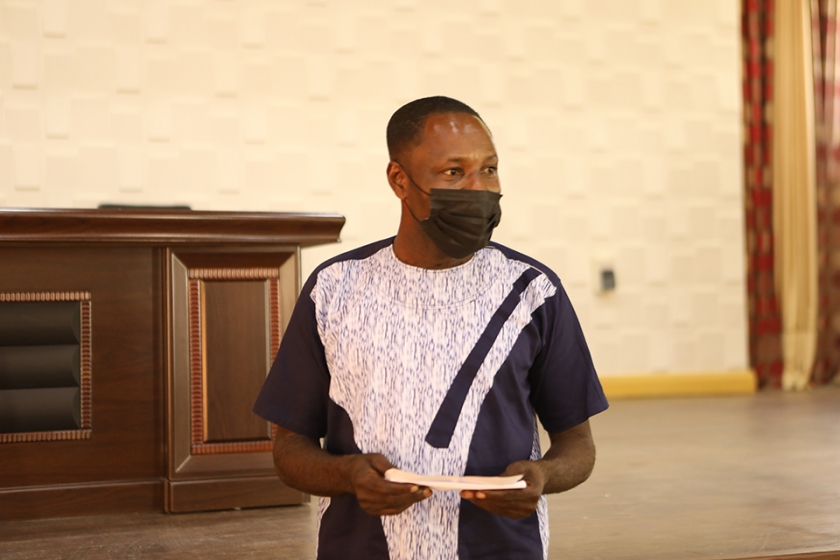 Chairman of the Association, Mr. Donkoh

The Chairman of the Association, Mr. Donkoh, on his part, thanked Mr. Essah and the Chairman of the Teachers and Educational Workers Union – UEW Local, Bro. Ebenezer Ofori Atta, for their words of encouragement and pieces of advice. Mr. Donkoh assured that he and his executives would take a lot from the pieces of advice and do the needful to strengthen the footings of SSA-UoG UEW Local.

Bro. Ebenezer Ofori Atta gave a solidarity message to the SSA-UoG executives. Mr. Eric Tamakloe gave the purpose for the ceremony and moderated the event. 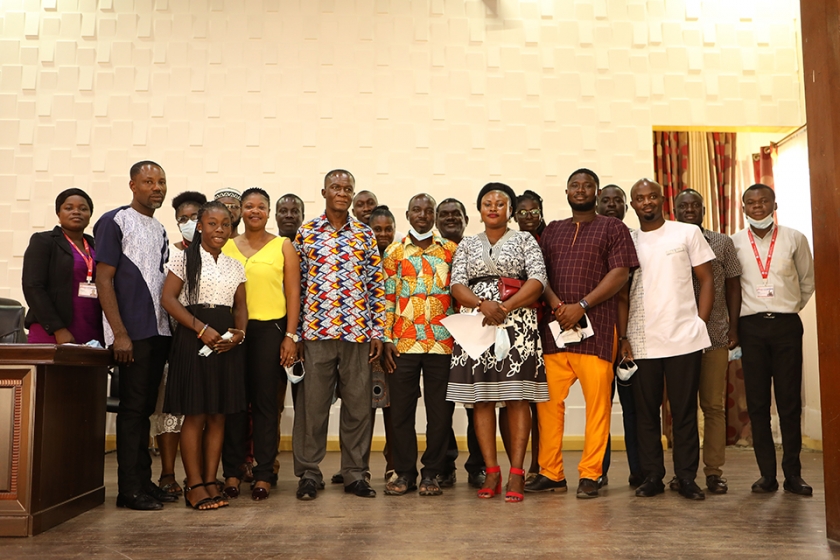