A level 200 student of the Department of French Education of the University of Education, Winneba, Mr. Kamba Kombat, out performed three other students from two public universities in Ghana to win the Overall Best Francophone Student Award held this year, Monday, 20th March, 2017.

The grand prize for the competition affords Mr. Kombat an opportunity to spend two weeks in France. The competition was held for the students to demonstrate their proficiency in French language and general knowledge of francophone culture through a variety of word and vocabulary games, oral expression and MCQs. The French Ambassador, François Pujolas was full of praise for the zeal and enthusiasm exhibited by all the participants and their teachers. This, he said inspired confidence of a glowing future for the French language here in Ghana.

The event which was in two folds: a quiz competition and a panel discussion, was held under the high patronage of the French Ambassador, the Head of Cooperation at the French embassy and the Director of Alliance Française was held at Alliance Francaise in Accra. The event brought together students from Mount Mary College of Education, representatives from the Ministry of Education, educational institutions, civil society institutions as well as students of the French language.

The second part of the event featured a panel discussion drawing on the experiences of four illustrious personalities to discuss the topic “what people from Anglophone countries should expect when working in a Francophone setting”. The forum centered on the cheers and challenges involved in adapting to a different cultural working environment with specific focus on the Anglophone to Francophone transition. Panelists shared in great detail the differences observed in their experiences with both Francophone and Anglophone working environments.

The Cooperation Attaché for French language at the French Embassy Julie Fournier-Angelo, who was also the moderator for the forum, encouraged participants to make the best use of the opportunity of being bilingual. According to her, a foreign language “gives you access to the foreign culture and through the culture, you understand how others work”. The audience also had the opportunity to contribute and ask questions as to how to practically adapt to the francophone working world.

Prior to the organisation of the Quiz Competition and the panel discussion, the final competition for the 10 best French senior high school students (1 representing each region) had been organized by the CREF network (Regional Centers for the teaching of French) with the support of the French Embassy. A laptop, tablets, cell phones, books and dictionaries were given out to winners and participants. All participants at the event including teachers, received a bag, a t-shirt and a notebook branded “Et en plus je parle français!” (What’s more I speak French!).

The awards were sponsored by the French Embassy, the Consulate of Belgium, the Canadian High Commission, Sam-Woode Ltd., Café Mundo and Fanmilk Ltd.

Also, in attendance were lecturers of the Department of French Education. 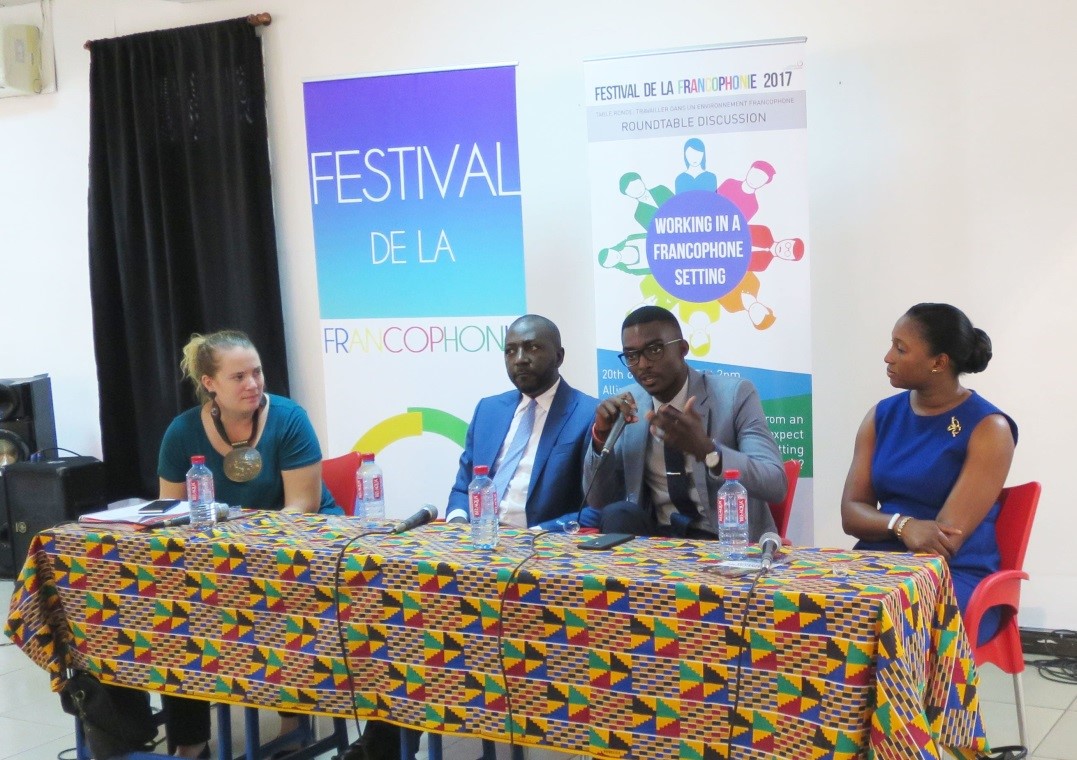 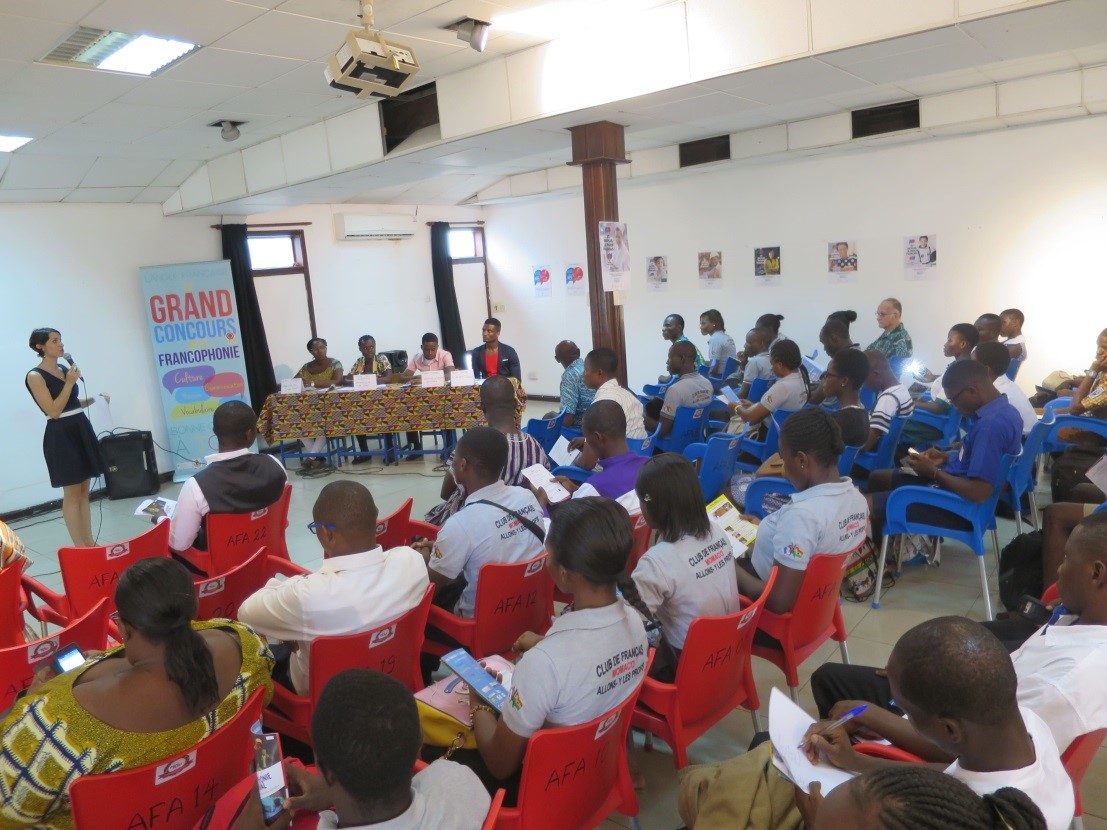