Vice-Chancellor interacts with Staff and Students of COLTEK

The Vice-Chancellor of the University of Education Winneba (UEW), Rev. Fr. Prof. Anthony Afful-Broni has said that he will be fully committed to promoting gender issues in the University during his three-year tenure. In that regard, he has challenged women in the University to strive for the highest ranks possible in UEW, stressing thus, “It is my avowed commitment to see at least 10 women achieve professorial ranks before my tenure comes to an end.”

Rev. Fr. Prof Afful-Broni said this on October 20, 2018 when he visited the Kumasi Campus of UEW to share his vision with staff and students following his investiture and induction as the 4th Vice-Chancellor of UEW on Monday, September 17, 2018. He observed that there have been too much lip service on gender issues but the time had come for real meaning to be given to all discussions on gender. “Our women deserve to be empowered so they could do more for this University”, he said.

Meanwhile, he assured members of the University community of his determination to ensure equity and access to all who might have the qualification for any available opportunity. “My tenure shall not be fraught with tribalism and partisanship but a congenial environment would be guaranteed for all to thrive,” he added.

The Vice-Chancellor further assured staff and students of his preparedness to offer a leadership that thrives on proactive and holistic governance. According to him, he and his team shall not only endear themselves to anticipating challenges and finding solutions but “we shall ensure that every facet of the University would enjoy adequate development.” 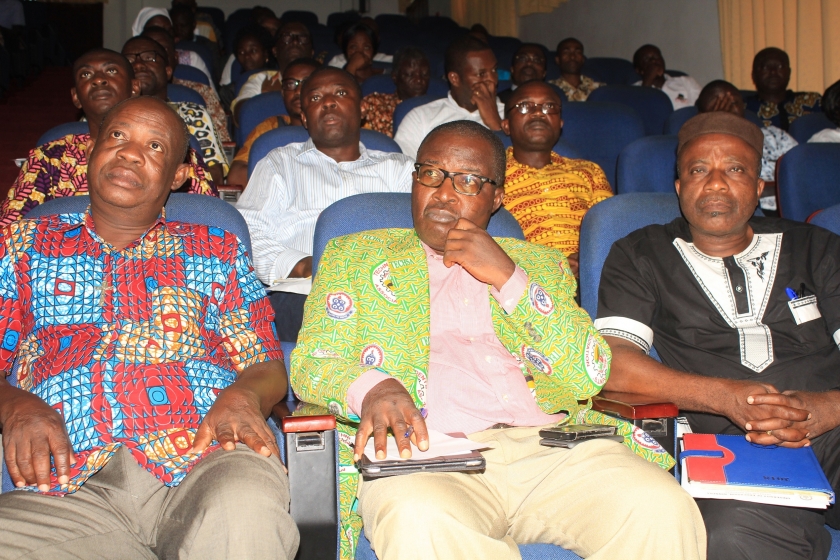 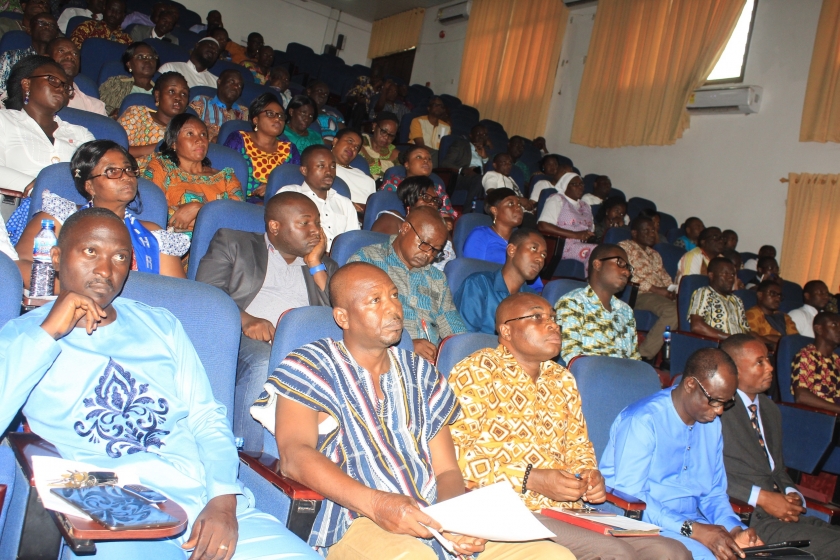 The meeting with COLTEK Staff was well attended

He said, “In my tenure, mediocre performances would not be acceptable. We are determined to improve the standards so that our University could compete with the best in the world and because of this, much would be demanded from both lecturers and students.”

Other cardinal areas of the Vice-Chancellor’s vision bothered on were his penchant for teamwork, time consciousness, transparency, mutual respect, efficiency and effectiveness. He pledged that he shall ensure the judicious use of the University’s resources. Turning attention to the College of Technology Education, Kumasi (COLTEK), the Vice-Chancellor said plans were afoot to construct a lecture pavilion with capacity for 1000 students. He said construction works on the pavilion would start before the end of the year 2018.

Additionally, Rev. Fr. Prof. Afful-Broni said the processes had also started towards giving the College’s internet connectivity a massive boost while efforts were also being made to increase the number of medical staff to boost healthcare delivery to both staff and students. 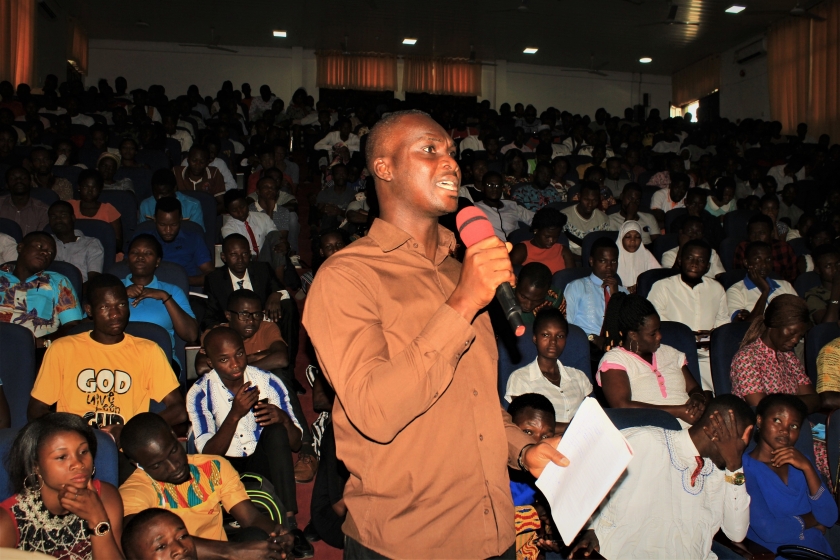 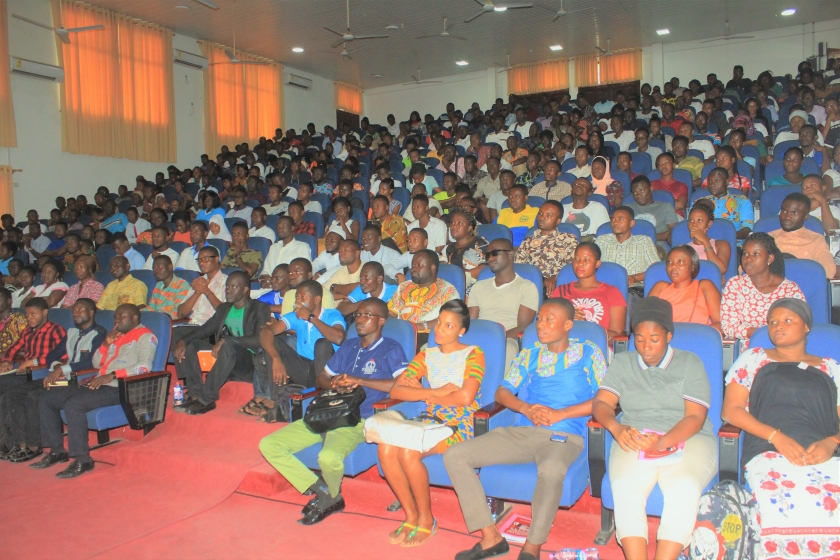 Students were there in their numbers for the interaction

The Vice-Chancellor held separate meetings with students, members of convocation and senior and junior staff of the College. Each session offered the opportunity for high yielding interactions between the top management members present, staff and students. The sessions were characterised by extensive questions which were duly addressed.

On his part, the Registrar of UEW, Surv. Paul Osei Barima Esq. said the Vice-Chancellor’s visit was one of the ways management was using to draw closer to its principal stakeholders to promote mutual respect and progress of the University. 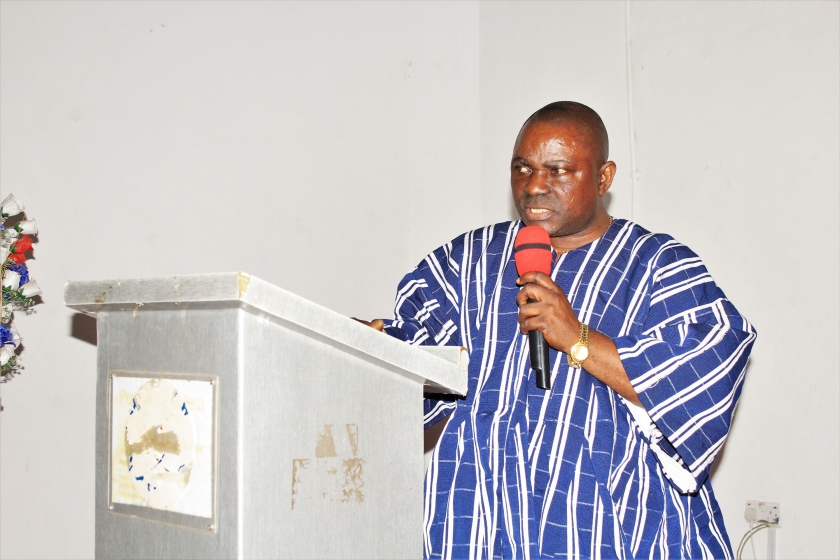 The Ag. Principal of COLTEK, Prof. Frederick K. Sarfo congratulated the Vice-Chancellor on his appointment to the high office of the University and pledged the College’s support to make his tenure a success. Also on the Vice-Chancellor’s team to COLTEK were the Ag. Pro-Vice Chancellor, Prof. James Kagya –Agyemang; Ag. Finance Officer, Mr. Bruno Chirani and the University Librarian, Mr. Viscount Buer. 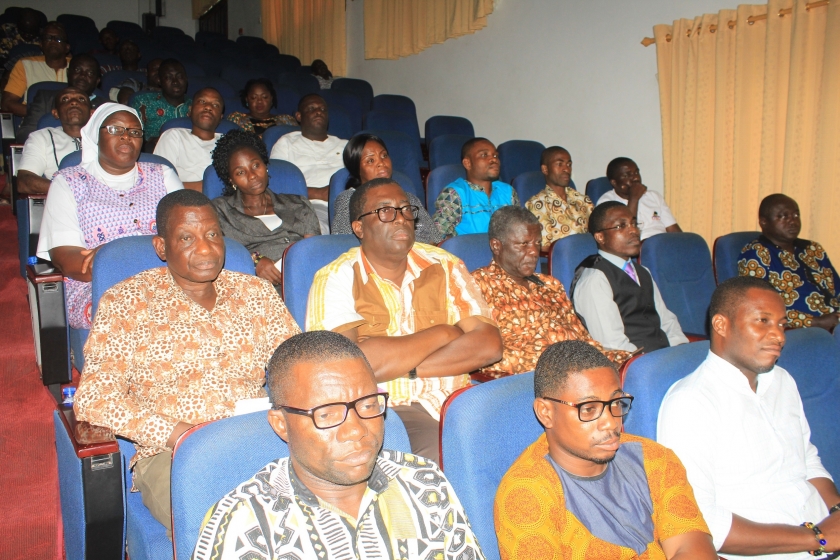 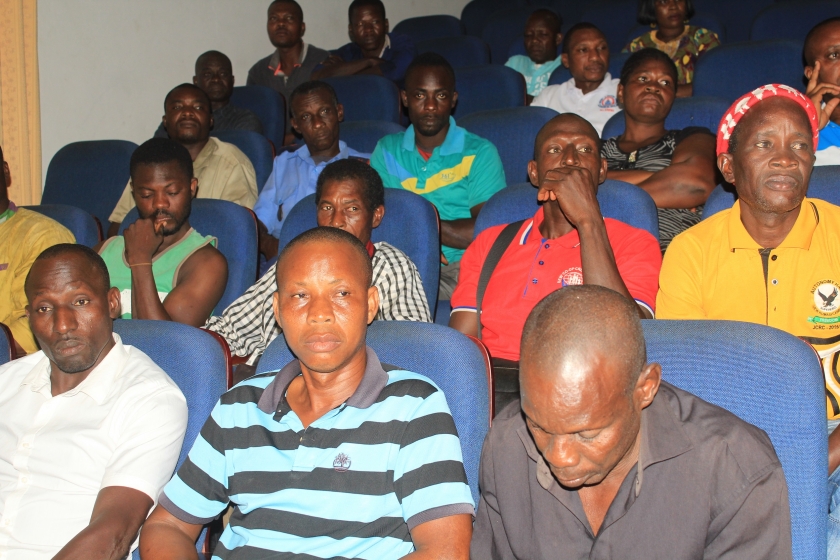