A final year student of the Department of Graphic Design, University of Education, Winneba (UEW), Mr. George Assiful, has been presented with an undisclosed amount of cash award and a certificate for winning the 2021 “Sawie” Branding and Package Design competition.

Mr. Assiful beat competition from 32 other students from the Kwame Nkrumah University of Science and Technology (KNUST), Takoradi Technical University (TTU), and UEW in the final to clinch the ultimate prize. A total of 94 students competed in the preliminary round of the competition 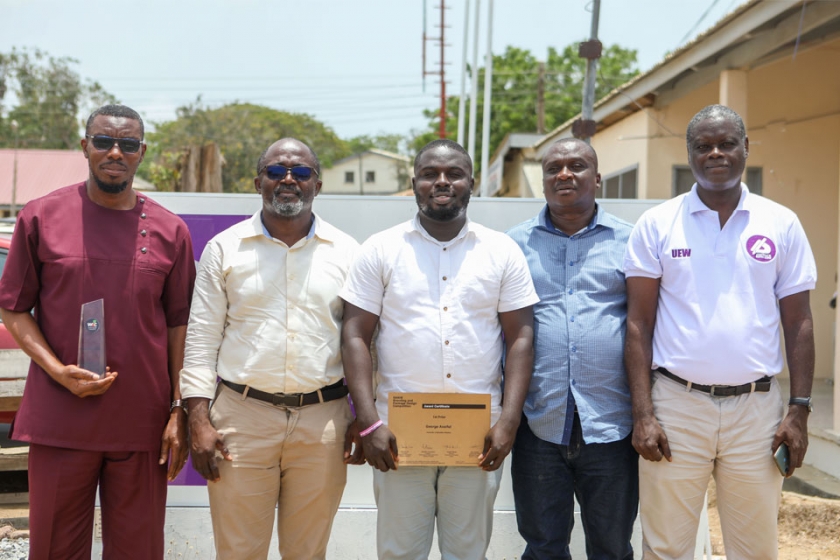 As the contest had anticipated from the participants, the ultimate winner created a logo depicting the potency of the natural mint flavor in "sawie," a locally produced chewing sponge and organic product with medical value.

Receiving the cash prize in a short ceremony held at the Department of Graphic Design Conference Room, Mr. George Assiful, was excited to have contributed to raising the image of UEW with his talent in graphic design. He indicated that he would invest the cash prize in his education and talent to become one of the best artists in Ghana, Africa, and worldwide.

Mr. Assiful encouraged his fellow students to take advantage of the possibilities that come their way and not to let storms deter them from achieving their aspirations.

The Vice-Dean of the School of Creative Arts, Dr. Samuel Manasseh Yirenkyi, on behalf of the Dean, Prof. Patrique deGraft Yankson commended the organisers, White Beam Concept for foresight in the essence of graphic design in the corporate realm and for involving students of UEW in their competitions.

He applauded, Dr. Ebenezer Acquah, for mentoring the students and exposing them to academic competitions to build their aptitude and confidence. He encouraged other lecturers to follow his lead in involving students in whatever they do.

The Chief Executive Officer of White Beam Concept, Tema, Mr. Eric Donkor, stated that his organisation chose tertiary institutions for the competition to assess the level of training that is being given to designers at that level and to ascertain why some of them are not able to compete on the international level or believe in themselves.

Mr. Donkor, with the benefit of the competition, however, confessed that the result proved otherwise and got the other professors on the team to believe that there are great designers also in Ghana and UEW. 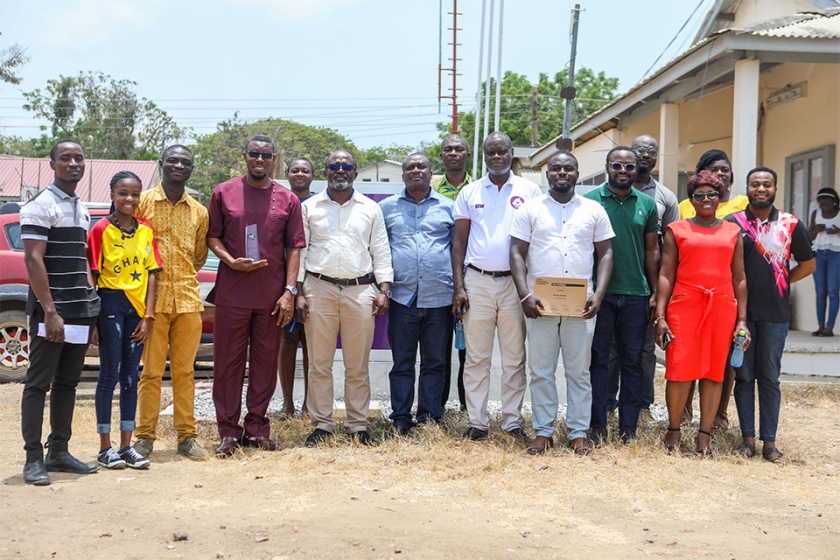